The most recent World MasterCard Toronto Fashion Week for Spring 2015 season took place in Toronto in October 2014 -- five days of fashion, style and glamour at David Pecaut Square downtown Toronto. Among the Canadian designers who showed their collections for the next spring season to come were Pink Tartan, Joe Fresh, Target, Christopher Bates, Klaxon Howl, Mackage, Caitlin Power, Soya & Kyo, Rudsak, Mikhael Kale, and others -- about 40 fashion shows in five days. Some of these are established designers, some of them are up-and-comers I've never heard of before, and I hope to hear about those newer designers and learn more about their work in the months to come.

One of the most prominent menswear fashion designers to show at Toronto Fashion Week this season was Christopher Bates, presenting a safari-inspired spring-summer collection. Christpher's fashion show took place on Day 3 of the fashion week, that is on Wednesday October 22nd at 5 PM, on the main runway. Christopher started his show with a short film (written and produced by himself) to introduce the collection, and then the models followed on the runway.

As of November 1st, Christopher Bates relocated to Milan, however his intention is to continue making fashion in Canada as well, so we hope to hear from him in Toronto again soon.

Swarovski Unveils the New Collection for Spring-Summer 2015 in Toronto

Recently Swarovski invited fashion media from Toronto to preview the new collection of jewelry and accessories for the upcoming Spring-Summer 2015 season. The fabulous event took place at the offices of Edelman, the Public Relations representative of Swarovski in Canada (150 Bloor Street West, Toronto), during the most recent Toronto Fashion Week from October 2014, on Thursday October 23rd. The new collection is called “Crystal Gardens” and is inspired by florals. It features both women’s and men’s jewelry and accessories, and it will be available in stores and online at Swarovski.com early next year, in February-March 2014.

We went to Edelman offices to see the new Swarovski collection on October 23rd and we would like to share it with you today.
Photo credit: Victoria West
Published by Victoria West la 14:08 102 comments: 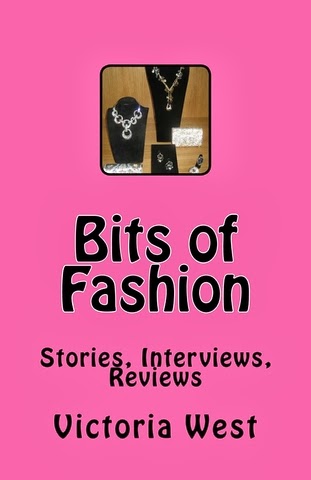