Recently I was invited to experience the latest European fitness technology, called XBody. It's an innovative technology that gives you a full body workout in only 20 minutes with Electrical Muscle Stimulation (EMS).

I have been a Goodlife Fitness Club member for about three years now, and I work out about three times a week. That is, my goal is to go there three times a week, but sometimes, when I have a busy schedule, I manage to go to Goodlife once a week or a couple of times a week. I usually work out during my lunch hour at work, as I go to a Goodlife club that is steps away form my office. Sometimes I prefer to go to fitness classes, and sometimes I prefer to work out by myself, depending on my mood on that day.

I didn't know much about XBody before, but I have heard of it. Specifically, I saw photos of at least one of my close friends on Facebook who does XBody, and she has posted photos from her XBody workouts on Facebook. So when I received the invitation from Lucid Health and Fitness studio from Toronto to try on XBody, I enthusiastically said yes.

Lucid Health and Fitness studio from Toronto (located at 99 Yorkville Avenue) has launched this revolutionary fitness system, called XBody, from Europe in Canada for the first time in Toronto. During the XBody workout you wear the Electrical Muscle Stimulation (EMS) suit, a suit that targets all muscle groups simultaneously. In a way, it works like an Abtronic. EMS technology is not new; physiotherapists have been applying EMS therapeutically for decades in cases of muscle rehabilitation. XBody has simply taken this proven technology to the next level!

Imagine a full body suit that applies the power of EMS across all of your major muscle groups simultaneously while you work out in as little as 20 minutes for a full body workout. XBody amplifies your own efforts. The effect is a better, more balanced workout that accomplishes in only minutes what would normally take hours at the gym. XBody works your core like never before and tones and strengthens all of your muscle groups at the same time. XBody technology has been widely used across Europe since 2010 and is currently distributed across thousands of EMS studios in France, Germany, Spain and 27 other countries worldwide.

Then, I was ready to start the XBody workout, and Aman connected me to the main tower that monitored my XBody activity. I started feeling the first impulses, and I compared them to the Abtronic effect. Aman was setting short sequences of workout (a few seconds each), and she was closely monitoring what I was doing and how I was feeling. The impulses were coming onto me like electric shock waves of low intensity, this is how I would describe it. Every time when a new series of four (or so) electric waves were sent through my body by the monitoring machine, I was supposed to contract both my hands and to clench my fists (using contracting balls), in order to "face" and fight back the electric waves. Aman warned me if I don't contract my arms and my hands, and if I don't clench my fists when she tells me to, I will feel "funny".

So one time, at one of the wave sequences, I missed to follow Aman's instructions, and I missed to contract my arms and my hands, and to clench my fists, and I felt the electric waves washing right over me through my entire body, and I felt every single bit of that electric shock going through me. This was the "funny" part that Aman referred to at the beginning of my workout, and in that moment I knew exactly what she meant. I panicked, so I had to stop for a couple of minutes and compose myself. But in just a few moments I was ready to go on again. When you do an XBody workout, it is very important you follow your trainer's instructions to the letter and do exactly as she says. When your trainer says contract your hands now, then you contract your hands now, otherwise you will feel like struck by the lightning (it's just a metaphor, don't take it literally).

Overall, it was a great workout and I really enjoyed it, and I definitely would do it again. Here's some more information about XBody.

XBody builds and tones muscles, and the EMS suit covers all major muscle groups, even the ones you might have missed at a traditional gym. As you train, your muscles work against their own contractions, building muscle strength and tone. It’s easy, and you can’t go wrong.

EMS full body workout activates over 90% of the muscle fibers at the same time during each contraction. As opposed to conventional strength training, deeper muscles are used as well, for effective core strength.

Blood circulation in muscular and connective tissues are also enhanced, which leads to firmer, more toned skin. A bonus to EMS is that it is also an effective anti-cellulite treatment, working to positively break down problem fat accumulation in the body.

It's a balanced all-body training. The built-in electrodes target, stimulate and develop all the muscle groups, even if you don’t. Skilled trainers scale and adjust the level of each group separately so the otherwise “weaker links” of the body can be strengthened. Optimal core strength is a major benefit of EMS training.

When you do XBody training, there is no joint stress. The electrical impulses work on the muscles directly; there is no pressure on the joints, so they are not overworked, which is often the case with weight workouts. The muscle workout makes bones stronger, so they are more resistant to fractures, and indirectly helps avoid osteoporosis.

It also relieves back problems. As there are electrodes built into the training suit along the spinal cord, those rarely trained muscles get worked as well. Muscles therefore get stronger, which can lead to the relief of back problems.

Can you lose weight with EMS? The answer is yes. In the first phase of the training, you lose centimeters; and in the second phase, fat depots are attacked. You also burn more calories because your muscle activity is working five times more, which means that energy consumption will increase, it transforms how the body uses up calories. It is a very effective tool for weight loss and fat removal. EMS has been shown to attack and reduce problem fat accumulations.

When do you see results? You already feel vitalized after the first training session. Visible success, such as a better posture usually sets in after three sessions. Reshaping of your body, power increase and improvement of your skin’s appearance will be visible after six consecutive sessions within a period of three weeks.

No gym bag required! The EMS suit is provided on-site so you literally need nothing to workout. And if you feel intimidated by the body fashionistas and gym rats at more traditional gym sweat-shops, then at Lucid Health and Fitness you’ll be pleased by their clean, intimate studio surroundings and private changing area, as well as one on one style of training.

It is a safe training environment. XBody has been evaluated and approved by the CSA Special Inspection Service as per the guidelines for Field Approval of Health Care Equipment. Training or therapy using XBody’s low-frequency current stimulation is not dangerous. During this process, small intrinsic electric pulses initiate every movement and exclusively activate the striated skeletal muscles. Therefore, the impulse does not seem foreign to the body nor reach the organs or the heart. 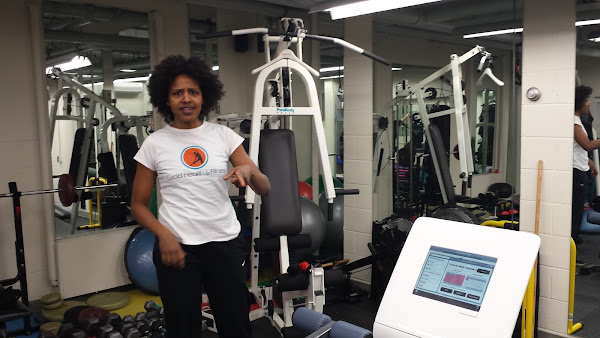 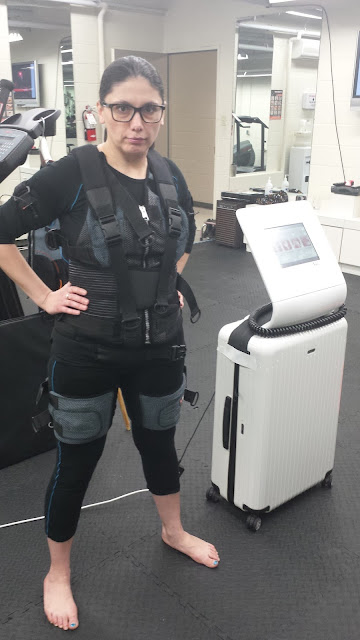 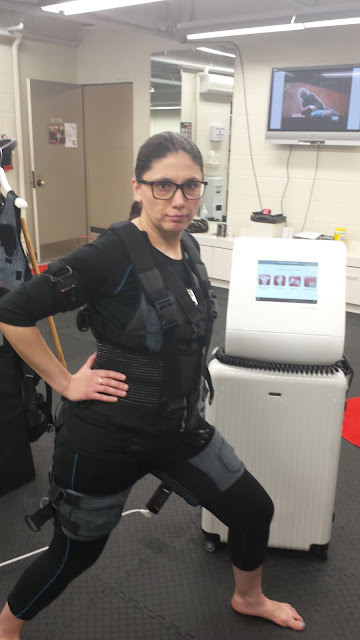 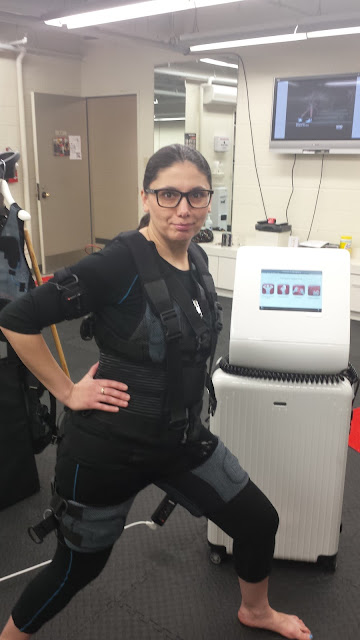 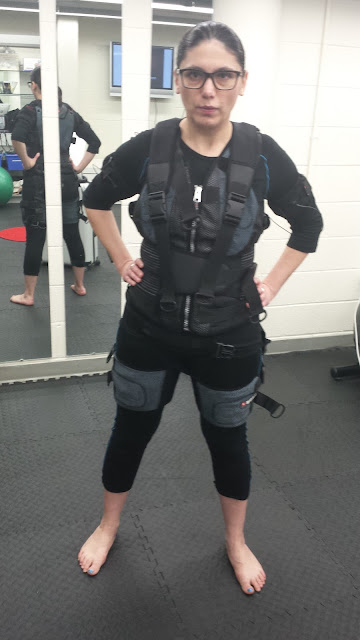 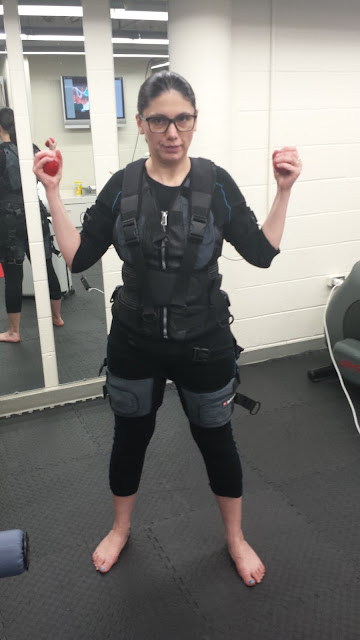 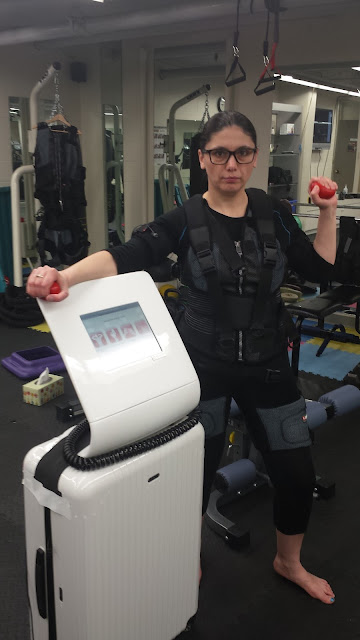 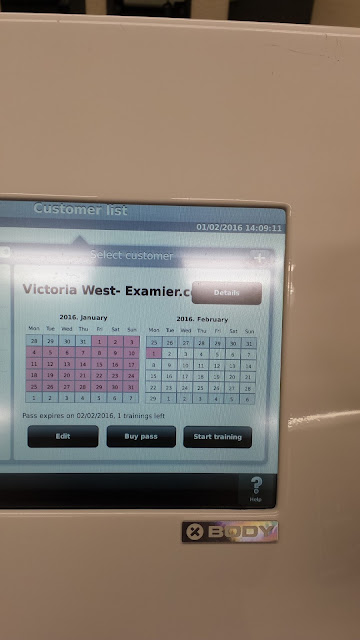 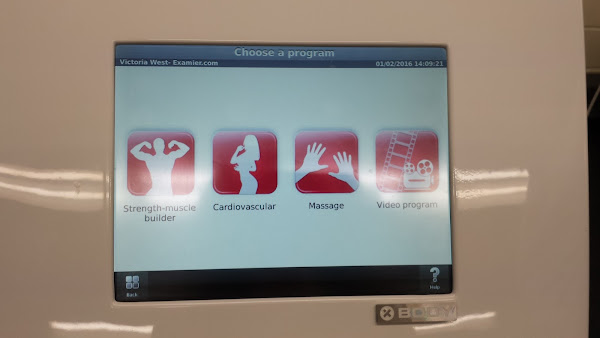 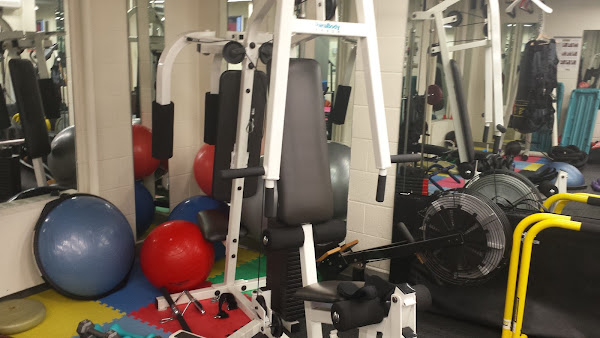 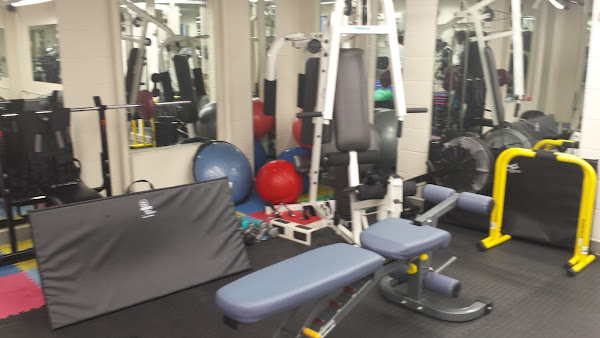 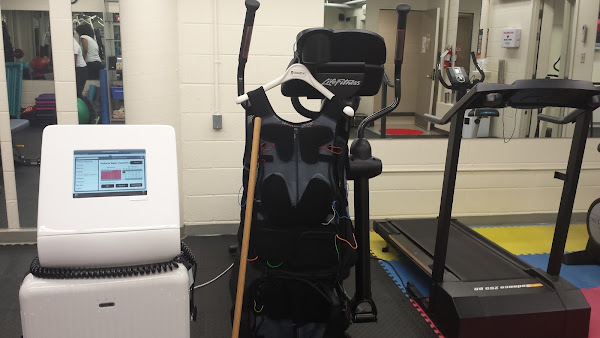 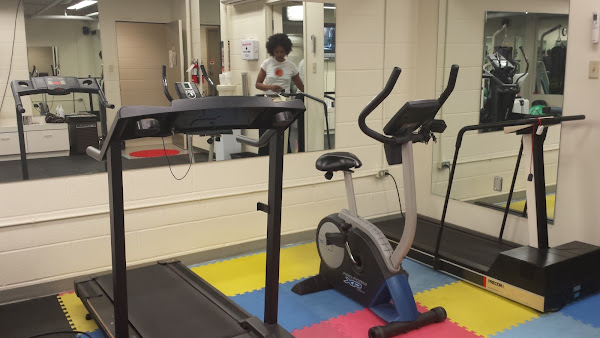 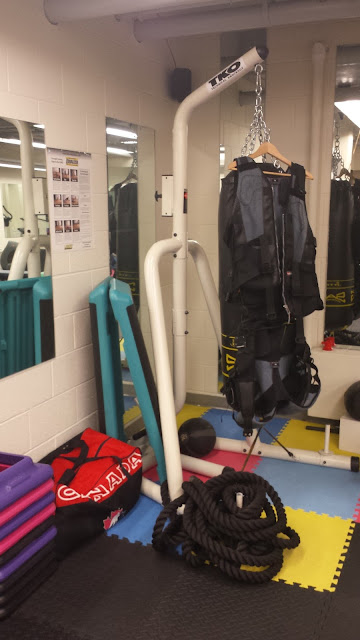 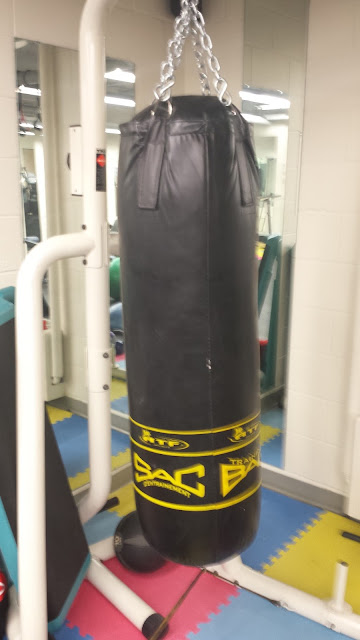 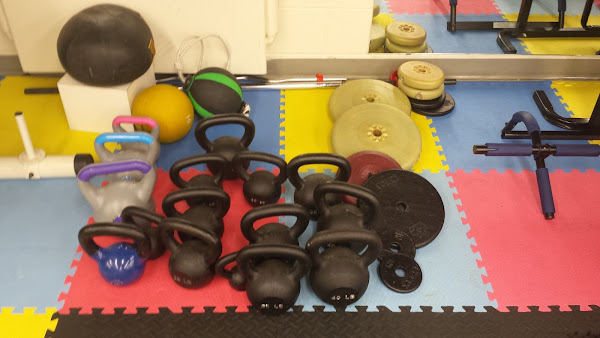 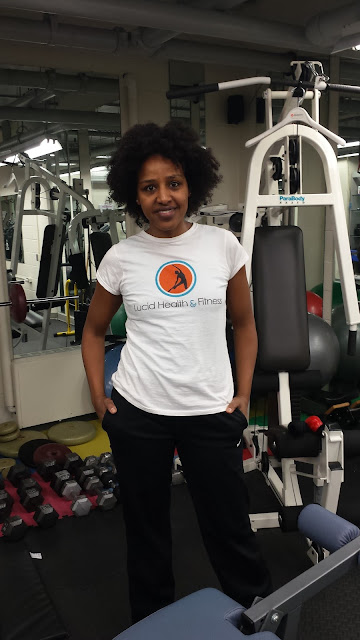