I invite you to participate in yet another giveaway that I am hosting in partnership with Vitabath, the North-American brand of luxurious body care products. The little contest that starts today will gift a winner with spring theme products – the Nouveau Rose body wash and the Nouveau Rose body lotion from the In Bloom collection by Vitabath (pictured below).

The giveaway contest is valid in North America – US and Canada. It will be open for two weeks and will close on Sunday night, February 16th, 11.59 PM EST. The rules of the giveaway are as follows:

Once the contest is closed, I will choose the winner randomly, with Random.org. Then I will ask the winner to contact me by email to provide the address where they would like to receive the prizes, and Vitabath will send them by mail. 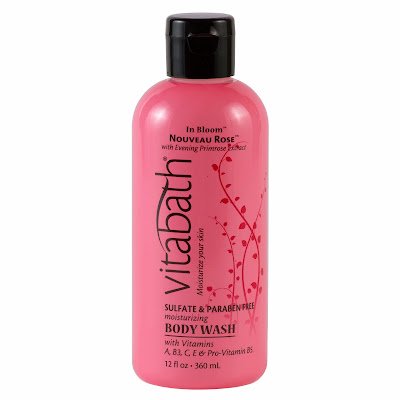 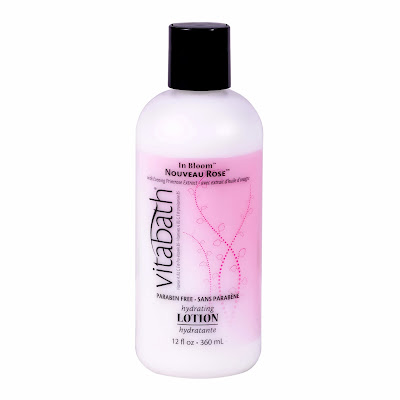 Swarovski Watches for Her, Spring-Summer 2014 Collection

I got into the Swarovski mood! In the last story I was recommending you some gift ideas from Swarovski for Valentine's Day, and this time I was thinking to show you some amazing watches for Her, from the upcoming Spring-Summer 2014 collection. They will be available in stores and online at Swarovski.com soon!

Which one do you like the most? My favorite of these are the Indira ones. :)

Valentine’s Day is less than three weeks away, and everybody is getting ready for the most romantic holiday of the year! Gifts, dinner plans, restaurant reservations, romantic trips – it’s all part of the plans for the lovers’ day. Swarovski brings us a few sparkly gift ideas for Valentine’s Day from their exquisite jewelry line, both for her and for him, so I would like to make a few recommendations for V-Day.

Appear Set
Add subtle beauty to an elegant, everyday outfit with this exquisite set. Sparkling beautifully in clear crystal pave with white crystal pearl, it includes a pair of pierced earrings and a rhodium-plated pendant on a chain.
CAD $140 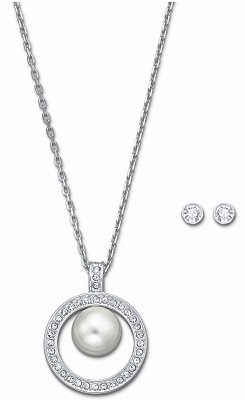 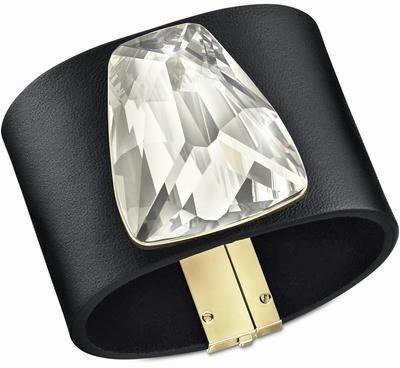 Adaption Pierced Earrings
This stunning paid of rhodium-plated pierced earrings offers three different looks. The large, dangling crystals are detachable and can be replaced with Montana or Emerald crystals through a special hook mechanism. All three different crystal colors are included.
CAD $140 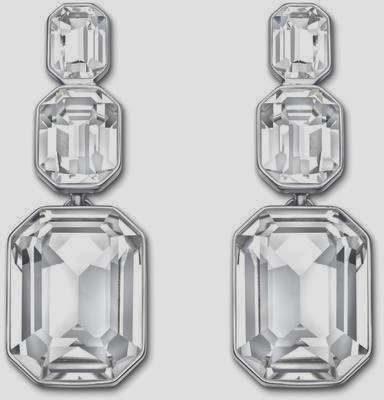 Advantage Ring
An elegant ring for men, this stainless steel creation features a pure, urban, and minimalistic design. It is adorned with a row of sparkling Jet Hematite crystals in pavé.
CAD $120 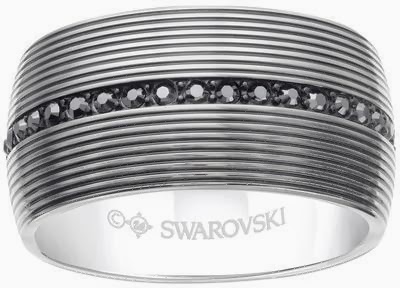 What do you think of these pieces of jewelry? Would you choose some of these for your significant other? I would have to say that my favourite gift idea for “my better half” is the cuff links.

A Visit to a Flea Market in Whitby

I moved to Whitby, a suburb of Toronto, a little over two years ago, when I bought a house here. Shortly after I moved in my new home, I started exploring the new place and the neighborhoods of Whitby, and discovering local spots of interest, like shops, stores, restaurants, cafes, entertainment places and so on. For instance, I discovered a small chocolate factory run as a family business where you can buy some amazing Belgian chocolate. Another favorite place of mine here has become a Japanese sushi restaurant located within a walking distance from my home. I also visited in Whitby a local art gallery, the local museum, the Trafalgar Castle, the Port and Harbor of Whitby with the White Lighthouse on the shore of Lake Ontario, an Anglican church, and other beautiful places around town.

And of course, I love discovering new shops and stores. There is a small mall here in Whitby, literally very small, and there is nothing interesting in there, so I don’t usually shop there. For main shopping, I still go to Toronto. But what I also enjoy is discovering local individual and private owner shops, vintage and antiques shops, thrift stores, flea markets and this kind of shopping scene. I love vintage, I love finding all kinds of treasures, so this type of shopping is particularly appealing to me.

On Friday night when I was making my plans for the weekend, I was kind of disappointed that this flea market from Whitby is open on Sundays only, so I researched the area furthermore, and I found another flea market from the next town, open both on Saturdays and Sundays. I was thinking to go there on Saturday, but we had a very bad weather in Whitby on Saturday, so I just dropped it. However, the weather got a little bit better on Sunday, so I took the opportunity to go to This and That flea market in Whitby, just like I had planned in the first place. In fact, it wasn’t the best weather either, it was actually snowing, but I really was in the mood of getting out of the house after spending the entire Saturday inside, so I went there despite the snow.

My husband also wanted to go out for some of his own errands, so we agreed he first drops me off at the flea market, and then he goes for his own stuff together with our son Alex. Great idea, I was thinking, this way I can spend a couple of hours for myself, because usually I take Alex with me wherever I go, he’s kind of my extension, and it’s a rare occurrence when I get to spend some time for myself.

Not only was I in the mood of getting out of the house, but I also was in the mood of dressing up, even though it was only a visit to a flea market – I don’t mind to be overdressed! I wore a black midi cloche skirt which I call “almost tutu skirt” (because it does look almost like a tutu), a red short-sleeved top, a purple wide belt, red tights, leopard platform booties, a souvenir necklace from South America, a bracelet and statement rings from H&M, Essie black manicure. I knew I would be overdressed for the place, but I didn’t care!

As I was saying earlier, I’ve never been at This and That flea market in Whitby before, so I didn’t even know how the place was looking like or what to expect. So when I arrived there, I was surprised to see nothing more than a hangar… I told my husband I would go inside to check it out, and I was going to stay if I liked it or leave with them if I didn’t. I went inside, and I figured it wasn’t that bad, I thought it was worth a tour, so I decided to stay. My husband and son left, and they were supposed to pick me up in a couple of hours.

There were lots and lots of all kind of things, some of them more valuable, and some of them pure junk. There were cassettes (whoever listens to music on cassettes anymore, I don’t know… collectors I guess), disks, DVDs, vintage jewelry, vintage clothing, crystal figurines, vintage kitchenware, antiques, china, books, collectible coins, and a whole bunch of a lot of other things. I wanted to buy some vintage clipping earrings, and I chose these three pairs, and the lady who was selling them gave me this beautiful turquoise sachet, a perfect way to keep them and not get them lost in my jewelry case. Believe it or not, I don’t wear piercing earrings, because my ears are not pierced, so my only option to wear any earrings is clipping earrings. 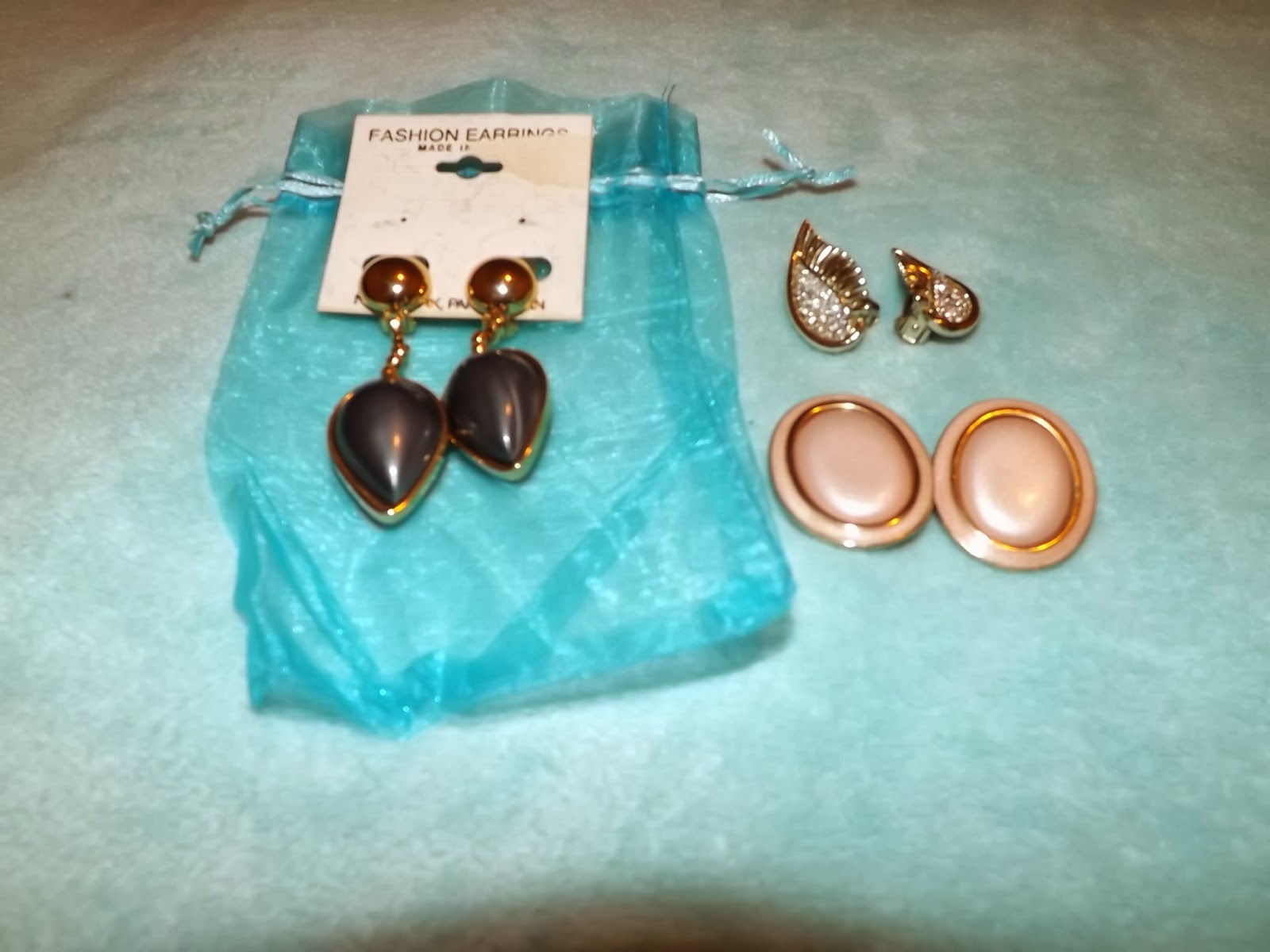 I was also thinking of buying some books, and I stopped at one of the book booths. The only thing was that those books were so disorganized and so poorly displayed, that I didn’t feel like going through all of them to find an interesting title; plus, most of the books were authors and titles I’ve never heard of, romance novels which is not a favorite genre of mine, etc. But I liked another book booth a few feet away, so I bought two books from there ($3 each, total bargain!) – Last Chance Saloon by Marian Keyes and Life of Pi by Yann Martel. 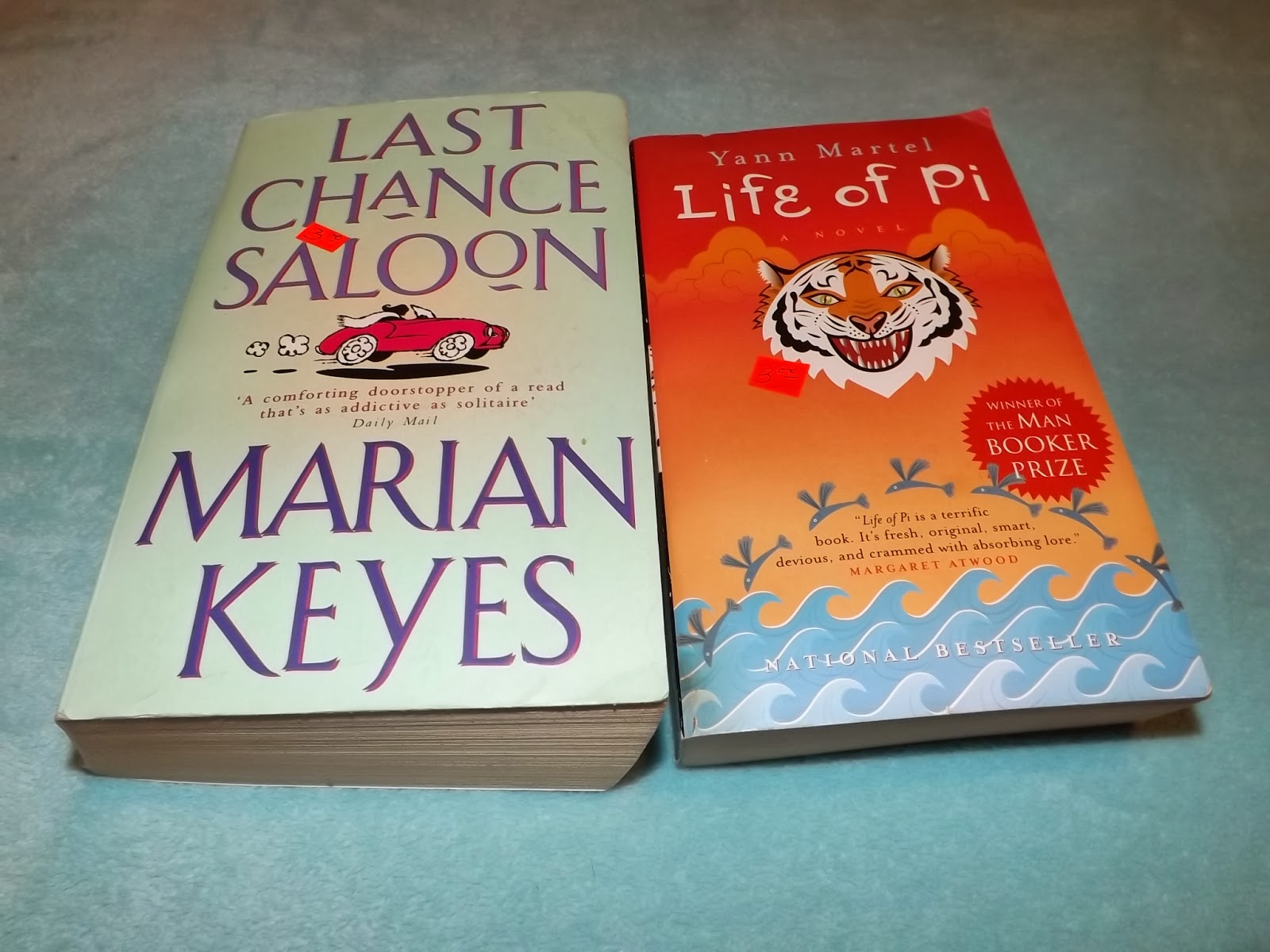 However, my best find at this flea market was a Burberry scarf. 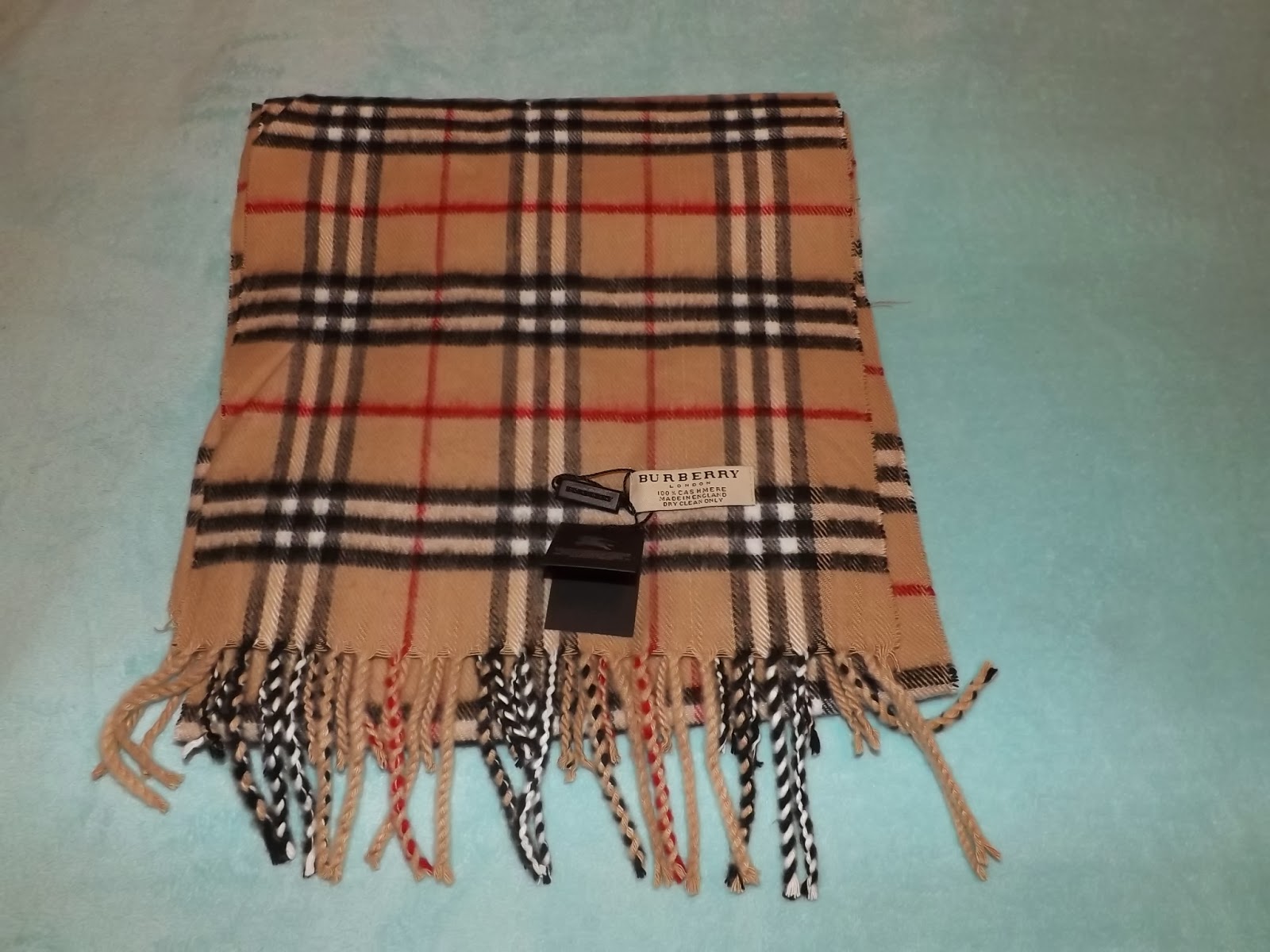 I’ve been wanting a checkered Burberry scarf for a long time now, but I couldn’t quite afford to pay the retail price. So when I found this gem, I totally went for it! Made of cashmere, it’s so, so soft! It’s also dry cleaning only, but it’s definitely worth the effort.

I took a few of pictures at this flea market with my iPhone. I had taken my photo camera with me, but when I arrived there, I didn’t feel like carrying it inside anymore so I left it in the car when my husband dropped me off. Besides that, I didn’t want to flash photos inside and bother everyone in there, so I just took a few discreet pictures with the iPhone without blitzing around and without bothering anyone, just to give you a feel of this place.
Photo credit: Victoria West
Published by Victoria West la 21:43 16 comments: